If you’ve been following my Instagram, you’ll know that I’ve become obsessed with mastering Moroccan-style one pot cooking with a Tagine. Although I’m a pretty savvy cook, I bought a couple of recipe books because I’m always down to learn more things. I’ve decided that for the Summer, particularly given that I’m a lazy cook, I’m tossing all the things in one pot and letting the flavors sort themselves out.

The first thing I learned is that there’s a difference between a cooking Tagine and a serving Tagine. In my zeal to get cracking as soon as possible, I immediately went for the pretty painted Tagine before ever checking for its intended purpose. Thanks to my extremely intelligent sister (who first introduced me to Tagine cooking), I learned the difference and set my gorgeous blue set aside for serving and bought a Tagine meant for cooking. 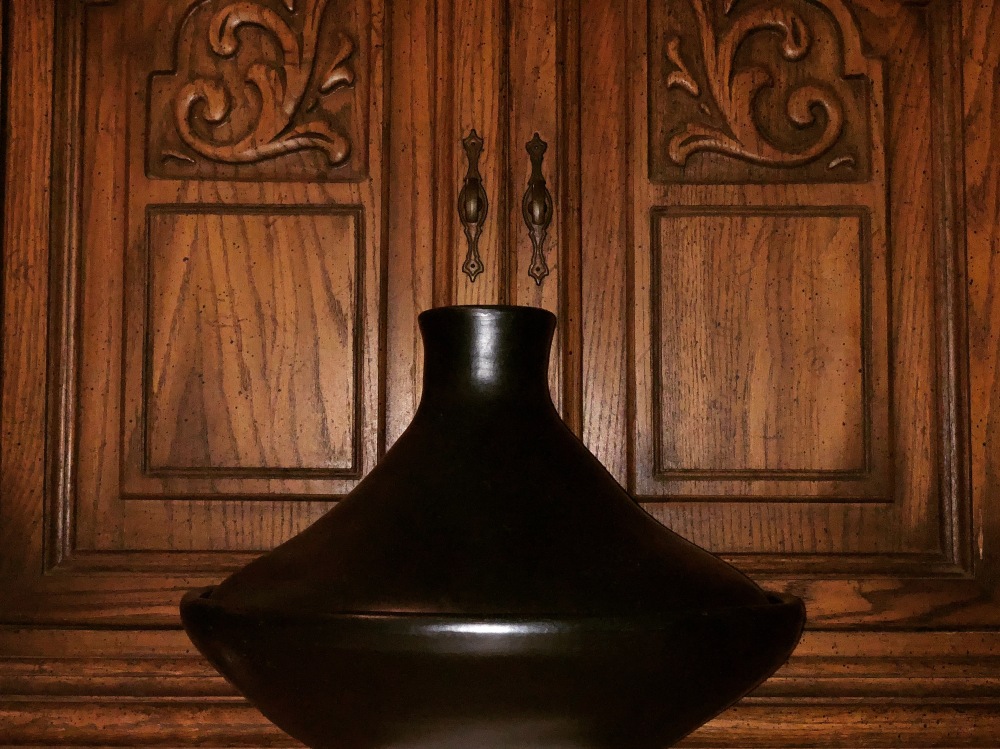 This massive gorgeous piece arrived courtesy of Ancient Cookware, a company that specializes in traditional cooking and serving pieces from all over the world. This one is clay (some companies offer cast iron Tagines), is 14 inches across and can easily cook a meal for four. My serving Tagine is much smaller, and the matching bowls and serving bowl (and two spice tagines… not pictured) are as well. I now recognize the difference between the sturdiness and quality of the cooking and serving versions. The cooking one is thick and heavy and smooth, and the serving one is thinner and feels nearly brittle in comparison. 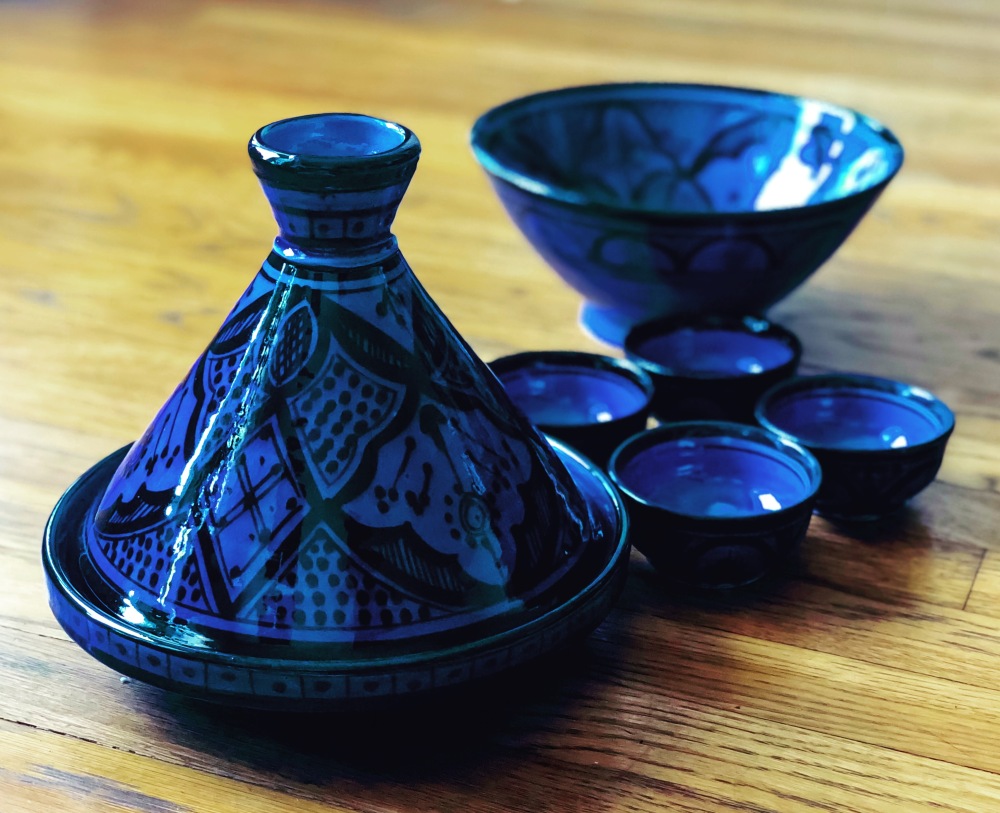 Fortunately, I paused long enough to read the directions for the cooking Tagine before tossing a bunch of stuff in it and plopping on an open fire. It has to be cured before it can be used. I went the traditional route, by rubbing the pieces inside and out with a ripe plaintain, filling it with water, and bringing it to a slow boil in the oven. 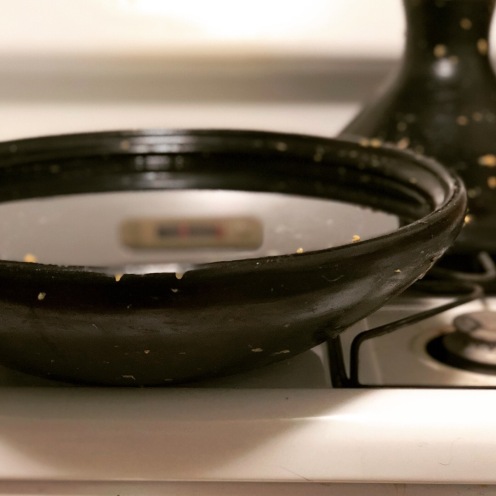 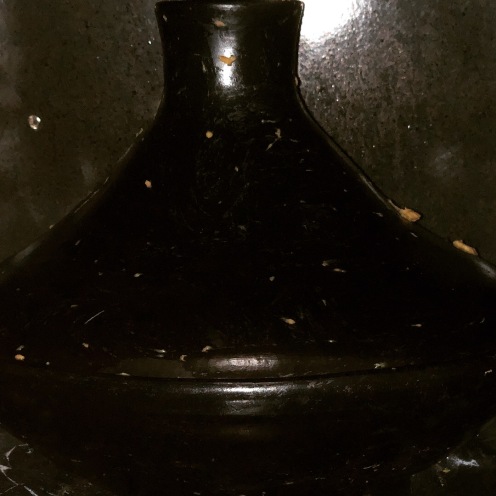 What’s interesting is that as soon as I started rubbing the surface with the plaintain, I could see it sealing the pores in the pottery! It took on a ‘glazed’ feeling almost immediately, even before I put it in the oven. After the water came to a boil I turned the oven off, to let it cool naturally. There are numerous warnings about not suddenly changing the temperature (much as you would handle glass cookware), to keep it from cracking.

I’ll leave it to cool overnight and then wash it with an unscented cleanser (you’re also warned against using essential oils or heavy perfumes because the pottery might absorb the scent. Then it’s on to the cooking! I already have a bootleg recipe of my own in mind to start… something with leeks (obviously!) and multi-colored potatoes and maybe a radish or turnip or something. Maybe on a bed of kale or seasoned with fresh green spices instead of powdered ones? Not sure. I also have a crap ton of masala and custom curry and tagine mixes to play with. The possibilities are endless. I can’t wait to get started!